Why Does Panama Have Many More Cases Of Coronavirus Than Costa Rica? | Aero Caribe | Air Charter 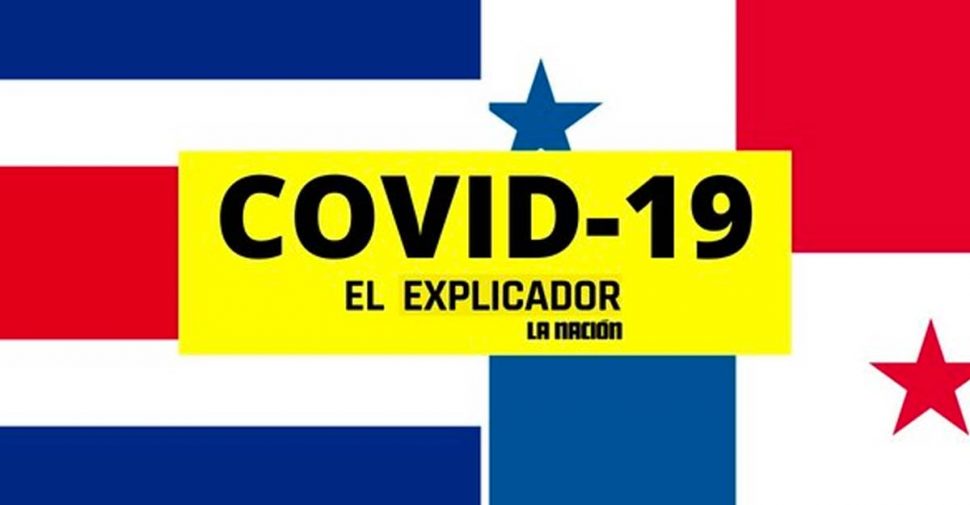 Costa Rica is well prepared. We are better prepared than many other countries, but if we do not all comply, it will be for not.

Panama registered its first case of the new coronavirus three days after Costa Rica, on March 9, but as of Friday, April 3, the neighboring country has four times more cases and 20 times more deaths.

Why so much difference between the two countries?

In Costa Rica, 9.3% of the total tests have been positive, while in Panama the tests of cases confirmed by covid-19 represent 18.5% of the total tests performed. According to experts, this may be because the southern neighbor is already experiencing community infections.

In the following interactive graphic from the Americas Society with data from the World Health Organization (WHO) and from Johns Hopkins University in the United States, we can see that Costa Rica stands out for having the most moderate contagion curve in the region, along with Uruguay.

The graph shows the evolution of the contagion curves after the first 100 registered cases. The Panama curve, as of day 14 from those first 100 cases, competes with infections registered in Mexico and Colombia, much more populated countries.

From the Explainer by La Nacion, we explore the reasons why there are so many differences between two small and neighboring countries.

Number of tests carried out and percentages of positive tests

Consulted, Costa Rica’s pediatric infectious medicine expert, Dr. María Luisa Ávila, Minister of Health between 2006 and 2011, recommends focusing on one specific piece of information: the number of covid-19 tests that have been carried out in each country, and the percentage of tests that come out positive.

For Dr. Ávila, the figures indicate that in Panama, there is already community transmission, many people are becoming infected and the traceability of the infection cannot be identified.

“I think Panama realized that it had the virus with the first case, a 64-year-old man who died,” says Ávila.

The infectious disease specialist explained that “when a person dies and we realize that is due to the virus that is pandemic at that time, it is because perhaps the virus has been circulating in Panama for a long time. I would believe that they lost the transmission chain. They did not initially realize the index case, and that caused the increase in the number of cases in Panama exponentially greater and the number of deaths greater than in Costa Rica.”

Dr. Avila said that the study of this data is the reason why it is not necessary to “go around doing a nasopharyngeal swab of the entire population to know what is happening.”

That swab is the test for the covid-19 that is done in Costa Rica.

What Ávila analyzes is that 9.3% of positive tests, out of 4,460 that have been made, functions as a general representation of the situation in the country. If the percentage were higher, as in Panama, we will face a more severe and uncontrolled transmission situation, and other measures would have to be taken.

“This is when the authorities must start with other surveillance strategies,” says Ávila. “Panama is practically twice as positive as Costa Rica.”

At the Friday, April 3, press briefing, Health Minister, Daniel Salas, explained that in Costa Rica the epidemiological they have linked 97% of the 416 positive cases of coronavirus. Yhe remaining 3% is under investigation, but a registered community contagion has not yet been reached.

Panama announced its first case of the new coronavirus on March 9, but it was a 64-year-old man who died on March 8. On March 10th, his death was officially linked to the disease. The country was already taking measures. The deceased ran a school, and in the two days after his death, the country had 8 positive cases and 66 suspicious.

Rapid growth of cases in Panama: travel and evidence

Beyond the promptness with which Costa Rica adopted prevention and control measures in the face of the imminent arrival of the disease, the case of the Panamanian capital requires singular attention, since it is a hub of world trade.

Up to before the emergency, Panama City connected with 90 cities in Europe and the Americas with multiple flights every day, and 5% of world maritime trade passed through its canal.

Being a hub of connections exposed the country to “greater risk than other countries without so much movement,” Israel Cedeño, deputy director of Planning at the Ministry of Health of Panama, told Reuters on March 31.

According to Panamanian experts consulted by Reuters, the high number of patients who test positive for covid-19 is also due to the fact that they have performed more tests for every million inhabitants than other nations in the region.

However, it is important to contrast and remember that the positivity of the cases in Panama is higher: 18.5%. Positivity in Mexico is 12.8% (data from April 1); Costa Rica, 9.3%.

Taking into account that the evolution of the covid-19 in all countries is changing, and that it is most likely that the vast majority of nations will experience community contagion, the main difference between Costa Rica and Panama is just that: at beginning April of 2020, in our country, we have not yet reached this type of transmission.

According to the virologist Christian Marín Müller, the contrast between the data from Costa Rica and Panama shows the speed with which we can go from having few cases to having many.

“Whatever the reason, it shows that this virus is really something that can get out of hand very quickly,” says Müller. “And it requires that all of us put in the effort, that we all abide by and all of us pay attention and heed the rules. I think we (in Costa Rica) are well prepared. We are better prepared than many other countries, but if we do not all comply, it will not work.”

We have to know these measures by heart, by now. Wash your hands, practice good hygiene when sneezing or coughing, maintain social distancing and stay at home.

For our sake and for the sake of our loved ones and friends and the entire country.