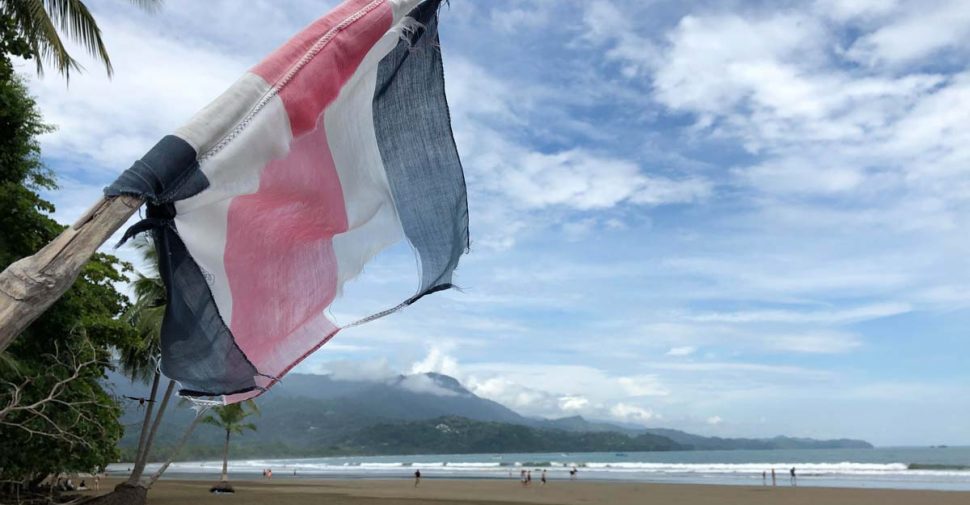 Costa Rica is a tiny country with no military, yet they are battling the coronavirus better than almost any other country in the world. Here are ten reasons for their triumph.

1. Costa Rica was the first country in Central America to have confirmed cases of coronavirus, two American tourists who had contracted the virus in New York City. They were diagnosed on March 6th, and immediately put in quarantine while officials did contact investigation to discover other possible cases. COSTA RICA ACTED IMMEDIATELY AND FORCEFULLY.

2. Unlike many other countries, Costa Rica demonstrated strong leadership to control the pandemic with President Carlos Alvarado working in conjunction with the Health Minister Daniel Salas, delivering clear and concise press conferences to inform the public. THE PUBLIC WAS KEPT FULLY AND CLEARLY INFORMED FROM THE FIRST CONFIRMED CASE.

3. Costa Rica has a well-organized healthcare system (CAJA) which immediately jumped into action preparing their hospitals and clinics for a possible tsunami of patients, stocking their facilities with protective equipment for doctors, and readying their facilities with extra beds, ventilators, and most importantly: RT-PCR testing kits to diagnose cases. COSTA RICA ACTED WITH A SENSE OF URGENCY NOT SEEN IN OTHER COUNTRIES, FOR INSTANCE ITALY AND IRAN.

4. Costa Rica has been improving their border control in the last few years to prevent smuggling of humans, drugs, and exotic plants and animals. They were prepared to close their borders swiftly and completely, thereby preventing imported cases of the disease. ALL CONFIRMED CASES THUS FAR HAVE BEEN IMPORTED, BUT COSTA RICA IS NOW STOPPING POSSIBLE CASES ENTERING BY AIR OR BY SEA, AND PUTTING PEOPLE IN IMMEDIATE QUARANTINE FOR TWO WEEKS.

5. Costa Rica has initiated an educational campaign about the virus, including press conferences with health officials and doctors, extensive signage in airports and seaports, public service announcements, bulletins directly to people’s cell phones from the Health Ministry and CAJA, bulletins on all social media, and signage in all government facilities. These efforts have been duplicated throughout the country by grocery stores, food markets, pharmacies and gas stations. EVERYONE IS UNITED AGAINST THE CORONAVIRUS.

6. Costa Rica declared a State of Emergency very early and swiftly closed down facilities where the virus could be spread, including soccer matches, community swimming pools, schools, beaches, religious services, political gatherings, major concerts and events, holiday festivities, and encouraged everyone to QUEDATE EN CASA (Stay Home). Vehicular traffic was limited, restaurants and stores were closed. TICOS UNITED AS NEVER BEFORE TO PROTECT THEMSELVES AND EACH OTHER FROM THIS DEADLY VIRUS.

7. Costa Rica immediately began to incorporate the great medical minds in their universities and hospitals, to resolve the problems faced elsewhere of shortages of medical supplies. Universities began experimenting with designing temporary ventilators using printed components, and other inventive solutions to the worldwide shortage. They designed their own plastic face shields and fabric masks. Costa Rica repurposed a hospital exclusively for COVID-19 patients, CENARE, which is an example for all other countries in Central America. COSTA RICA LEFT NO STONE UNTURNED TO GUARANTEE SURVIVAL OF EVERYONE.

8. Costa Ricans are traditionally a clean people, so the suggestion to wash hands frequently with soap or hand sanitizer was not that difficult to incorporate. Many Ticos automatically remove their shoes before entering their homes. New outdoor sinks with soap were installed in small towns and villages, allowing everyone to maintain good hygiene. TICOS UNDERSTOOD THAT STOPPING THE SPREAD OF COVID-19 WAS IN THEIR HANDS.

9. Culturally, Costa Ricans are a respectful and community-oriented people. The new habits of how to sneeze and cough safely, how to maintain a safe distance from others, and how to keep one’s hands constantly clean – all recommended by the World Health Organization (WHO) – were adopted easily by Costa Rican citizens. THESE GOOD HABITS STOP THE SPREAD OF CORONAVIRUS.

10. On March 24th, President Carlos Alvarado requested that WHO create a repository of information available to all member countries, to include details of all successful practices, medicines, vaccines and procedures in the fight against the coronavirus. In the event Costa Rica gets hit again with this or another virus, this library of information will prove invaluable to those working to save lives during a pandemic. COSTA RICA HAS SHOWN REMARKABLE LEADERSHIP AND RESPONSIBILITY IN THE FIGHT AGAINST THIS INVISIBLE ENEMY.

Lets stay positive that the overall numbers infected by COVID-19 Coronavirus in Costa Rica will remain low compared to many other countries.

About the Author: Carol Blair Vaughn has written for Inside Costa Rica and The Costa Rica Star, as well as ElResidente magazine. She grew up in Latin America, traveling with her father Jack Vaughn,former Assistant Secretary of State for Latin American Affairs, and US Ambassador to Panamaand Colombia. The Star published her book Crazy Jungle Love: Murder, Madness, Money & Monkeysin 2017, and it is now available for purchase on Amazon as both a paperback and anebook.’

Costa Rica has managed to keep the covid-19 case fatality rate at just 0.6%, the lowest in all of Latin America.

Costa Rica asks tourists to postpone, not cancel, their trips